The challenge of the "crucial conversation".

I am sure you’ve all experienced moments in your leadership when you’ve entered into that space commonly referred to as the crucial conversation!  You know these all too well - the conversations that get the heart racing and which have the potential to cause heightened stress and sleepless nights.

I’ve been involved in many of these! I would say, without reservation, that all have been challenging and incredibly stretching. In some of these, the outcome has been surprisingly positive while with others, I have been left with a sense of discouragement in wondering what good could have possibly been gained.

However, one thing is for certain.  They have been times of growth in my leadership where I have proven the reality of Ephesians 3:20.

That sense of knowing that God can do [infinitely or immeasureably] more than we ask or imagine … for His glory!

I have called to mind this verse on countless occasions and so as not to forget its truth, adopted time it as my motto for 2019!

There is one crucial conversation which remains vivid in my mind.  It occurred a number of years ago yet seems like it was only yesterday!  It had come to my attention as a leader that one of our team members was displaying unhelpful and negative attitudes to their colleagues leading to a detrimental effect on the culture and progress of the team. Things had come to a head and I was asked to step in and have the ‘crucial conversation’ with the person. Following much prayer and careful planning of the key issues, I sat with the person and carefully yet directly outlined the areas of concern.  As these issues were raised, there appeared to be some understanding and acceptance on the part of the team member indicated by the nodding of the head which gave me some indication and ‘encouragement’ to continue.

After what seemed like the appropriate time to conclude, I asked the person to reflect back to me what they had heard. To my astonishment the reply came in the following way: ‘so basically you are saying that everyone’s been talking and complaining about me’!  The person seemed fixated with this and repeated it.  This was certainly not what I had intended to convey (and was untrue) and I was left feeling frustrated and confused, particularly as I’d had the sense that the person had shown some degree of understanding during the meeting. 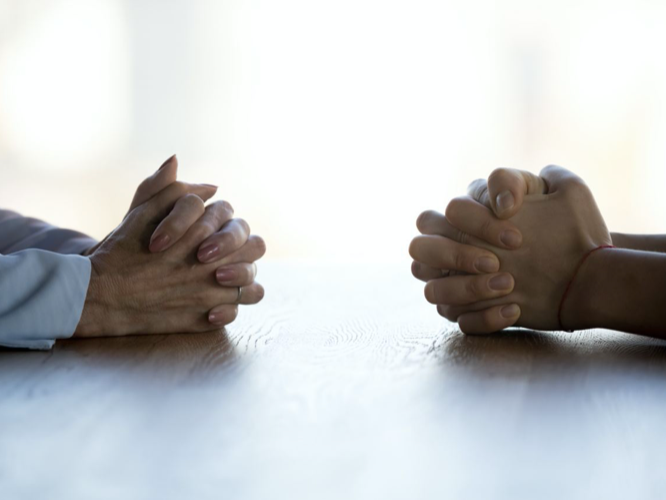 As I reflected later, I was convinced that this was a crucial conversation that had somehow gone terribly wrong as it had not had the outcome I’d hoped for!  What had I communicated (or not) that had to lead the person to come away with this as seemingly the heart of the issue?  To this day, I still have no answer and have put it down to one of those ‘learning and growing experiences’ in my role as a leader!

So how do we manage those ‘crucial conversations’ that are so often a regular part of our ministry roles?

Are there some ‘tried and tested’ strategies that we can hold on to and put into practice to ensure that all our crucial conversations will be testimonies of wonderful breakthroughs?

While the answer, in short, is no, this does not mean that there are not some practical guidelines that can be adopted.  What is outlined below is drawn primarily from the book, ‘Crucial Conversations: tools for talking when stakes are high’ and was one that our leadership team read and discussed as part of our training and upskilling 2 years ago and still comes up in our conversations as a team.

Following the reading of the book, I summarised for myself what I believed were the key principles and have since tried to adopt them in my leadership.

So, when you are part of a crucial conversation these things may be of some help:

1. Seek, where possible, to begin with a shared common belief/opinion.  Rather than going in ‘all guns blazing’ - which can be a tendency if you are personally feeling strong about the matter - begin by finding that place of agreement.   In identifying that with the person, it avoids either one being on the defensive and provides a positive foundation from which to share.  In the example I gave, I did not spend enough time on this and therefore it was something I did not do well.  I remember feeling quite worked up prior to the meeting and feeling like we needed to ‘get to the point’ as soon as possible.   If I were to have my time over again in that situation, I would have done it differently!

2. State the key issues clearly and speak ‘heart to heart’.  Recognise that emotions play a large part in crucial conversations, yet seek, where possible, to remain objective and state the facts.  In doing it’s important to maintain a healthy balance.   As the key issues are stated, be careful not to voice them as if you were reading a shopping list, devoid of emotion.  Be involved but at the same time, maintain a healthy distance so as not to get ‘caught up’  and swayed by the emotion of the moment.

3. If there are a number of key issues to be raised, it’s often helpful to pause after each one and ask the other person to reflect back what they have heard. In doing so, it provides an opportunity for clarification or correction.  Another reason why it’s good to ask for their reflection is that it involves them in the conversation and honours them as individuals.  It also demonstrates that you understand this to be a conversation, not a monologue which can often happen if we are not careful.

4. Be aware of your any changing shifts in the conversation.  This may be brought on by the other person who shows pain or anger and may go into attack mode.  If so, do you find yourself responding with either ‘silence or violence’?  In terms of the silent approach, this can be positive or negative.  In terms of the positive, William Penn, the founder of Pennsylvania in 1677, shares some profound insights when he said the following: ‘silence is wisdom, [and always safe] where speaking is folly’.  He went on to say ‘if you think twice before you speak once, you will speak twice the better for it’.  Penn’s exhortation was that we should give ourselves time to incorporate wisdom into our words, avoiding those that make others feel intimidated or inferior’.  God’s word is clear in this regard! Proverbs 15:23 says ‘everyone enjoys a fitting reply; it is wonderful to say the right thing at the right time’.  The negative aspect to ‘the silent treatment’ is that it can lead to pride whereby we feel as if we are more righteous because we have not opened our mouths and used our tongues in a way that is unhelpful.   In a crucial conversation, often the silent response is what’s’ required, while at other times a verbal response is needed, albeit with sensitivity and respect for the other. 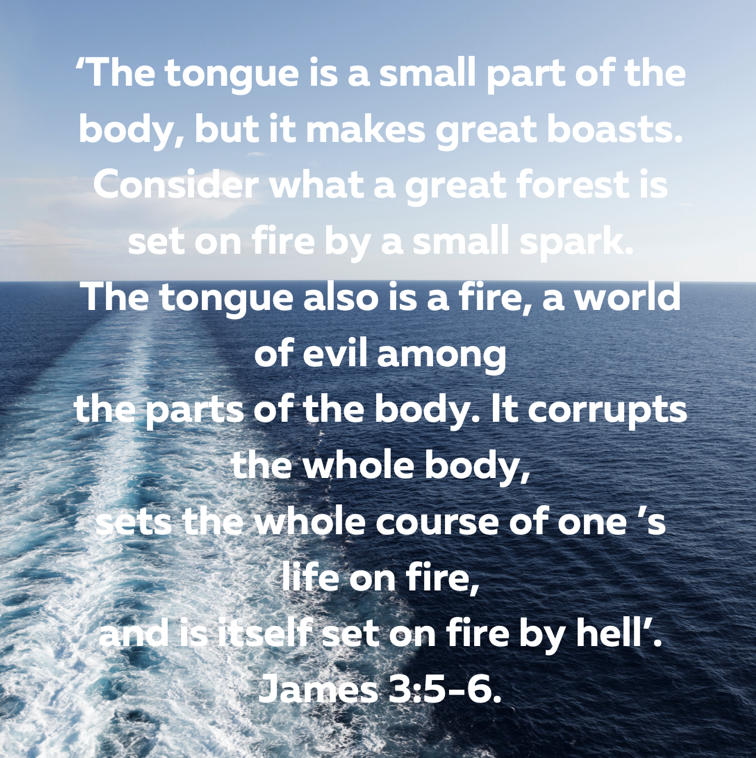 The ‘violent’ response refers to verbal, rather than physical violence.   God’s word says ‘the tongue is a small part of the body, but it makes great boasts. Consider what a great forest is set on fire by a small spark. 6 The tongue also is a fire, a world of evil among the parts of the body. It corrupts the whole body, sets the whole course of one ’s life on fire, and is itself set on fire by hell’.   James 3:5-6.   These are challenging words, indeed and an important reminder, as Christians, to choose our words carefully - particularly in the ‘heat of the moment’.

5. Be proactive in helping plan a way forward.   This may well involve a number of people such as the person, yourself as a leader and those whom the person may have offended. It provides an opportunity and open door for confession, forgiveness and a recognition that while we are all made in God’s image, we are sinful people in need of daily repentance.  When these are implemented, the door is open for freedom and healthier relationships in the way God intended them to be.

In closing, I do not wish to suggest that these 5 tips are a guarantee that everything will work out well and life will immediately return to ‘normal’.  Generally speaking, it just doesn't work like this.   However, when, in humility, we ask the Holy Spirit to fill us with wisdom, grace and love for people, amazing things can happen.

May the Lord encourage you in whatever situation you may be in and if it is one where you are involved in a crucial conversation, may you know His grace and wisdom! 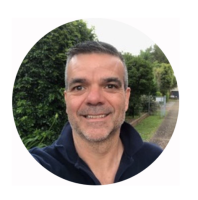 Steve Preston grew up in Tasmania and trained as a secondary school music teacher.  Following 7 years teaching he and his wife, Coralie, sensed God’s call to prepare for cross cultural ministry and studied for 3 years at the Bible College of Victoria.  During this time they were convicted of the need for the gospel to penetrate into Europe and subsequently spent 12 1/2 years in Spain where they lived and ministered among Spaniards and the Basques in the North. They returned to Australia in 2013 and took up the role of national directors for WEC in 2015.  When he is not in the office, he can be found pedalling the streets of Sydney on his road bike or having coffee with friends.  He and Coralie have one son, Lucas, who is 11.