The Mission Field on your Doorstep

I live in an area of Sydney which is becoming more multicultural every day. More than 30% of the people living around us were born in Asia. When I visit my local shopping centres and schools, I see Asians and Europeans mixing all the time. Our workplaces also bring many different cultures together in the same place. When I look at the local churches, however, I see a very different picture where Asians and Europeans do not mix much at all. Many of the churches are dominated by people from European descent and then there are separate churches for people from Korea, China, or India. They might use the same building, but they meet at different times and only with their own culture. I see very few congregations which are intercultural where people from many different cultures and nations come together and worship together. 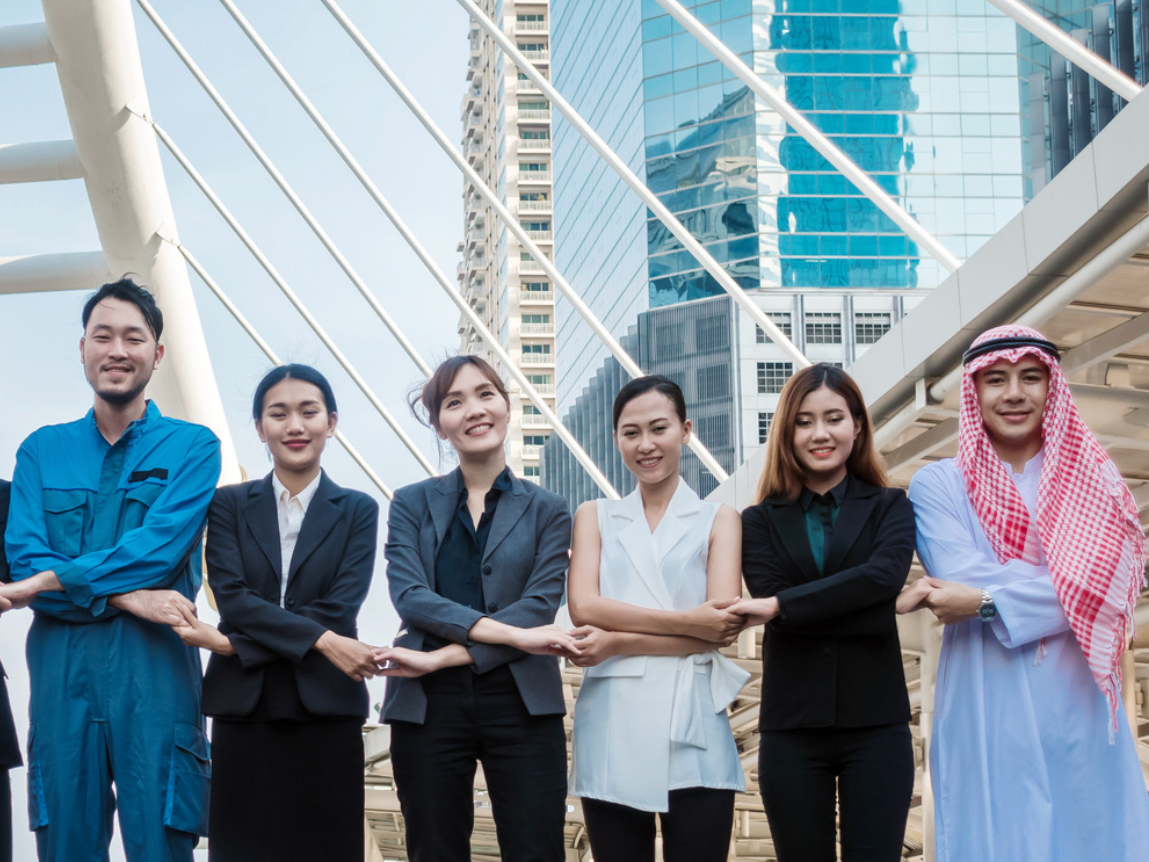 Why this is so? Is it because these newer arrivals to Australia do not speak English? That might be true for most Korean and Chinese people, but it is not true for people who come from India and Pakistan where the use of English is widespread. Is it simply because Christians want to feel comfortable worshipping and relating to others of the same culture and background? Could it be that our reluctance to reach out to and embrace people from other cultures into our church is preventing us from receiving the blessings of God that comes from mixing with diverse people from different backgrounds?

When we step out of our comfort zone and mix with other cultures, we experience so many new things- different foods, different styles of worship and preaching, different ways of belonging to the people of God.

We begin to see the beauty of the kaleidoscope of the church that God is building in our world, and a foretaste of what heaven will be when we worship God together:

After this I looked, and there before me was a great multitude that no one could count, from every nation, tribe, people and language, standing before the throne and before the Lamb. They were wearing white robes and were holding palm branches in their hands. 10 And they cried out in a loud voice:

“Salvation belongs to our God, who sits on the throne, and to the Lamb.”

The early Christians in the book of Acts had to overcome many obstacles. There was great hostility from the Roman rulers, Jewish leaders and people who had worshipped idols for centuries. There were many external threats to the growth of the church. But that was not the biggest threat. The greatest threat that we see was inside the church itself as it struggled with different cultures worshipping God together. Some Jews in the church were arguing that the non-Jews (Gentiles) had to adopt Jewish customs and ways. It was not until the Jerusalem council in Acts 15 that the question was resolved once and for all that Gentiles did not have to adopt Jewish customs. They were welcomed into the church if they abstained from worshipping idols and avoided sexual immorality (Acts 15:20). The Apostle Paul spends a lot of time in his letters arguing and explaining that the church should not impose Jewish customs on Gentile believers. The embrace of diversity and inclusiveness of all cultures allowed the church to grow and become very missional. As a result, it was able to expand far beyond its Jewish beginnings to eventually transform the Roman Empires and many of the nations beyond it to become almost exclusively Christian. As the church became more of an institution rather than a missional community, the desire to include other cultures and nationalities gradually faded away.

This began to change with the modern missionary movement which began in the mid-19th century with William Carey travelling from England to bring the good news to India. Western Protestant churches have been supporting the missionary endeavour ever since by supporting and sending people to other countries to share the good news of Jesus with people who have not heard it before. The modern missionary movement has had a huge impact, but the world today is very different to what it was almost 200 years ago. People have migrated and moved around the world in numbers that we have never seen before. There are over 200 million migrants in the world today and many of them live in our own Australian suburban neighbourhoods. Some of these are refugees, some are students and others are highly educated professionals. Some have never heard of Jesus and others are already mature believers in the Lord Jesus and ready to become leaders in the church. There is a great plurality in our neighbourhoods that a local church could benefit greatly from. The question is whether our local churches are ready to benefit from that plurality by embracing people from other cultures and backgrounds?

Now that we have unreached migrants living right next door to us, we need to change our mindset about mission.

No longer can we leave it to overseas missionaries to be sharing the good news across cultural and language barriers. Local Australian churches need to be working at sharing Jesus Christ cross-culturally in their own neighbourhoods. We need to understand and respect our Hindu, Confucian and Buddhist neighbours and be prepared to share the good news of Jesus in a way that they can understand.

This can be a difficult process but is necessary for a church to grow in its ability to reach across cultures. All the different aspects of a church culture need to be examined and questioned so that it can become more effective. Missionaries and cultural advisors can help to identify blind spots and overcome resistance to the changes that are needed.

When we evaluated our own church’s readiness for cross-cultural ministry, we realised that we needed to implement several changes. The first was to look at the outreach activities of the church and how comfortable people felt in coming along. We had to make changes in the food we served to make sure that it is Halal. We needed to learn how to greet people in a good way and use body language that was appropriate. This was especially important in mixed-gender settings to avoid misunderstandings. We also needed to help people mingle outside their immediate group of friends from the same country and build relationships across cultures.

Then we needed to work at sharing the good news of Jesus in a way that was engaging to the people who came along, using stories and illustrations rather than propositional talks. For those who struggled with English, we needed to make changes in the way that we communicate so that those who come can understand clearly what is taught, and also to get feedback on how the teaching is received.

The next step was to improve how we welcome people into the church building on a Sunday. Instead of waiting for people to come through the door we took the step of welcoming first-time visitors in the car park as soon as they step out of the car. It can be very daunting for someone from another culture to walk into a church full of white Anglo people, so we need to make people feel welcome as soon as they arrive regardless of their ethnicity or background.

As we explored this further, we learnt how important food is to many cultures in forming friendships, so this brought changes into how we provide morning tea and lunches. Structures for providing hospitality to newcomers needed to be put into place so that they felt accepted into the fellowship of the church.

As we went through the process, there also a growing realisation that our leadership is very “white” and that the pastoral team and leadership teams needs to reflect the diversity that we are working towards in the church. More non-white people were included in leadership as well as worship, bible reading and sharing. When this is done consistently it sends a message the church is inclusive for all cultures and nationalities.

The way that volunteers were found for different ministries also had to change. Our leaders learnt that non-Anglo people needed to be asked to do a role or a job more than once, instead of expecting them to come forward and volunteer of their own initiative when a general announcement was made. This was a change in thinking that took some time to see changes in the way things were done. Once the leaders understood this dynamic it became easier to recruit non-Anglo people to step up and for them to become contributing members of the church.

The Australian church needs to change the way that it engages with people from other cultures.

The plurality of our modern society demands that we are able to communicate God’s love to people from other parts of the world who live in our neighbourhoods. My passion is that local churches all around the country will embrace diversity and become inclusive of people from all different cultures and nationalities. We will then be a true reflection of the image of Christ’s body and the kaleidoscope of people that belong to it.

SEND FEEDBACK TO THE AUTHOR 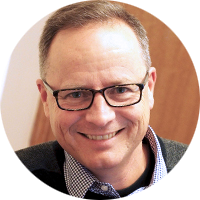 Johan is the Executive Director of OMF International in Australia. His experience with multicultural teams were gained through 14 years of working with church planting teams in Central Thailand and Bangkok, working in Chinese Churches and among the Thai people of the Sydney CBD. He still works with a multicultural team in training and sending workers to East Asian countries to share the Good News of Jesus. He and his wife, Debbie, studied at SMBC before leaving for Thailand. He has three adult children and enjoys tennis, bike riding and walking when he has some spare time.