The following article was contributed by Missio Nexus’ President Ted Esler, USA for the book Conversations in When Everything is Missions. Mission Nexus is an American, member based mission hub organisation, similar to Missions Interlink Australia. 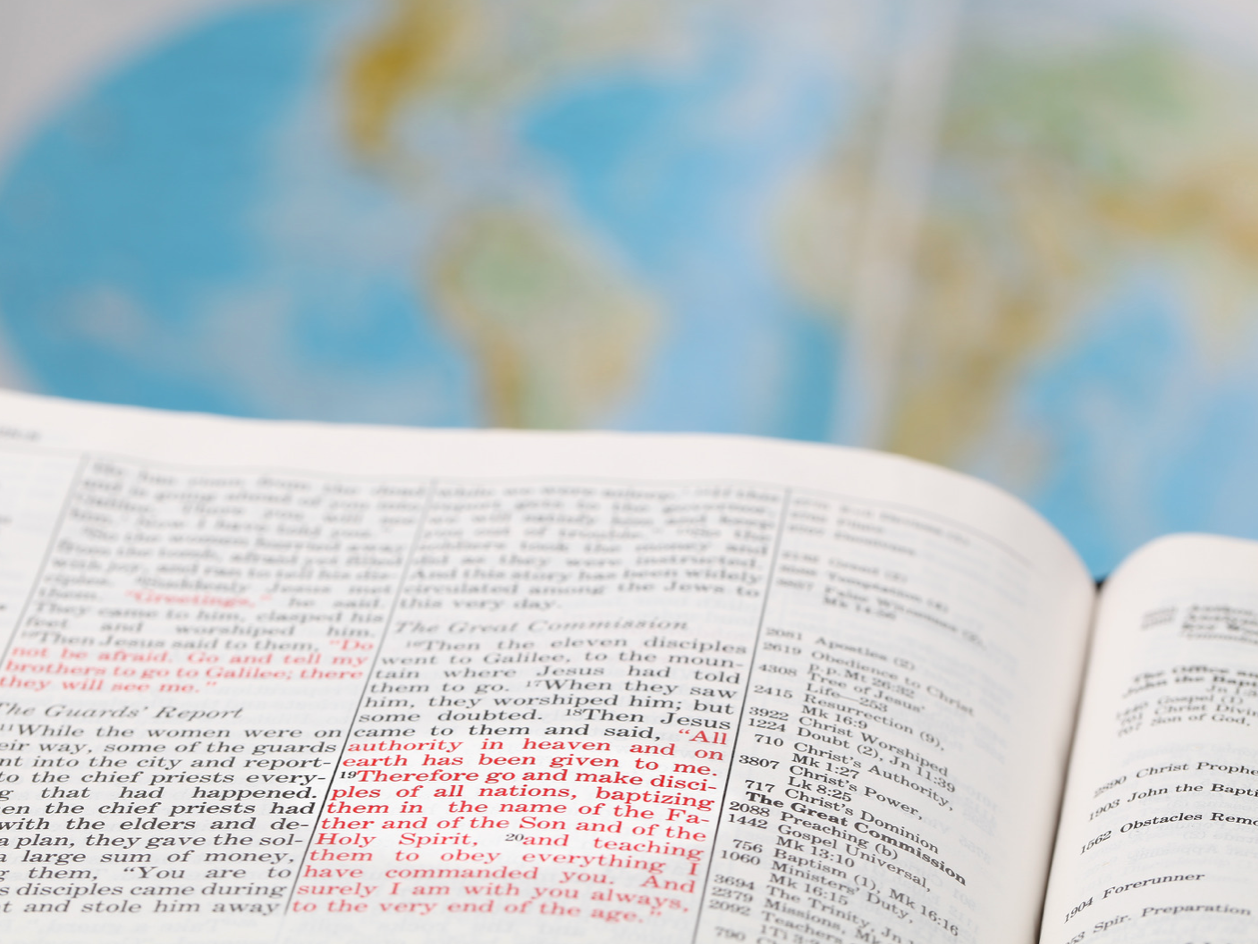 I like to say missiology is a dark science. So much of the missiological reflection that we can read today is critiquing missions and very little of it is positive. Unlike the many armchair theologians and missions experts (like me, by the way), missionaries are people who must do something. They cannot simply talk about missions. They act on the Great Commission. They share the gospel of Jesus Christ. In doing so they attempt to turn the concepts and ideas of the Bible into understandable, contextually sound arguments and persuade others about the truthfulness of those ideas.

Missionaries should be open to critique, of course. There is no doubt that colonial models of mission, patronizing approaches to relationships, cultural insensitivity and so on have hurt the advance of the gospel. Yet, the criticism of the missionary enterprise has created a paralyzing, antagonist view of missions in the churches of the US and Canada. It has created a warped view of both the historical missionary movement and contemporary missions in the minds of some. Rather than contributing positively to the advance of the kingdom, it may be hindering our understanding of what is happening globally.

Deconstructionism is a literary and philosophical term that emerged in the 1960s. Originally, it was the questioning of traditional assumptions regarding how we understand terminology. This school of philosophy says that words in sentences are abstract representations of the ideas they represent. Pulling apart those abstract meanings destroy the “face value” those words were attempting to communicate. I am using the term more broadly than this.

An illustration may serve to highlight this. I recently saw an internet meme that made me laugh and cry at the same time. It was a traditional image of Jesus telling the disciples to feed the 5,000. Jesus is standing with His arms extended, explaining to the disciples that they were now to feed these people. A couple of disciples looked up lovingly (but concerned) and a huge crowd was in the background. The top of the image had a line of text that read, “You want us to feed these people?” The bottom of the image said, “But that would create dependency!” Can feeding people create dependency? Of course, it can. Does that mean that Jesus was erring by feeding people? I think not.

Today there is an almost constant call for a re-envisioning of missions.

Authors like Dyrness and Engel (1), Scott Bessenecker (2) and Michael Stroope (3) have written books critical of contemporary mission. These three books critique missionary agencies, missionary structure and the use of the term “mission” in any way. Richard Stearns (4) similarly called for a reframing of how we understand the message of Christ and how we share it both locally and globally.

My personal experience suggests that nowhere is there more frustration about missionary efforts than among the mega-church missions pastors across North America. The critique from this group is decidedly different than the authors previously mentioned. Missions pastors of large churches tend to view missionaries as ineffective and believe that traditional missionaries need a significant overhaul in their approach. A quick internet search of the two words “rethinking” and “missions” turns up pages and pages of content. Much of that material is driven by a restlessness about how the Great Commission is (or isn’t) being expressed by the Church. Deconstructionism relays the message that the Great Commission, as it is expressed in the contemporary Church (including missionary agencies and similar organized efforts), is theologically and historically suspect.

Putting Humpty Dumpty Back Together Again

The amazing thing to me about these critiques is that we live in an era where global Church growth has been explosive. Missionaries have had at least some part in this growth if not the greatest. The Church outside the West has multiplied many times over while the Western Church (the source of most of the critique) fights for relevance in its own culture.

Imagine counting Christians in 1910 during the landmark Edinburgh Missionary Conference. Ninety percent of all known believers lived in Western lands. Today, the script is almost flipped. The modern missionary movement has penetrated more than half of the world’s people groups. One might argue that this has happened despite the missionary. One often cited example is the mainland Chinese Church. The trope goes that it was not until missionaries left that the Church began to grow. These critics will have to answer to the many martyrs, mostly European, who gave their lives to plant the seed that remained.

Consider that the missionary movement the West spawned is spilling over into the rest of the world. When we read of growing missionary movements in Asia, South America and Africa, we should recognise that these are the fruits of what has gone before. Is this simply more Western exploitation and cultural imperialism? I suppose to find that out you would need to sit with an African missionary, as I did a few months ago, and learn of his heart for lost Muslims, what his missionary service has cost him and how he intends to spend the balance of his life. At no point did he lament the presence of white Europeans in his tribal land or of overly eager North American missionaries today.

Should we be happy with the status quo? Certainly not. Are there missionaries who act inappropriately and do things which bring disrepute to the name of Christ? Of course, they are people after all.

Yet we should also recognise that the fragile human systems we have created have yielded a harvest. Perhaps the call to throw the baby out with the bathwater should be somewhat muted.

In 1932, The Laymen’s Foreign Missions Inquiry was launched by such luminaries as John D. Rockefeller and John Mott.

While Rockefeller is known for his wealth, Mott was an influential voice in a previous generation’s missionary efforts. Well financed and executed via three teams of researchers sent out to four Asian countries, a book was written about their findings and published in 1932. The title? Re-Thinking Missions. How ironic that they were rethinking missions long before our current rethinking.

The Laymen’s Foreign Missions Inquiry turned out to be more than an evaluation of missionary work. It was a deconstruction of the missionary paradigm, not unlike contemporary efforts. The report introduced a generation of mainline denominations to the concept that missionary work should be primarily concerned with social justice and not the salvation of the lost. In the ensuing years, many mainline churches adopted this view of missions and consequently stopped doing mission altogether. What started out as an assessment of missionary work turned into a redefining of the missionary task itself that ultimately led to its demise.

Today, mainline missionary efforts are mostly found in the non-Western branches of these denominations. They see their role as re-evangelising their Western counterparts. Could it be that in our current age of deconstruction we too will lose the basics of the Great Commission as these forebearers did?

When missionary work has been torn asunder by critics, these broader themes are often put forward under the guise of a new definition of mission. As Steve Addison has noted in his new book The Rise and Fall of Movements:

“A shift has taken place over the last century in the Western understanding of God’s mission and the part we play in it. That shift has resulted in what I call the ‘missional fog’ surrounding Western churches. Increasingly ‘mission’ is framed in political and social terms—fighting for economic justice and world peace, saving the planet, overcoming patriarchy and gender inequality, establishing kingdom businesses and growing organic vegetables. All these activities and causes have been classified as ‘mission.’ But these are not the core missionary task.”(5)

I myself have deconstructed the missionary efforts of others. Not long ago I wrote an article about business as missions becoming the new colonialism (consider that we are sending out businessman just like the British Empire did some hundreds of years ago). It is helpful to reflect and consider the ramifications of our actions and deeds. However, we should also carefully consider the ramifications of our critiques.

As a young missionary working cross-culturally, I once criticised the small indigenous church present in the culture in which I worked. My mentor, a wiser, older missionary, asked me, “Ted, how would you feel if I criticised your wife?” I looked at him with a quizzical look on my face. Then he reminded me that I was criticising the bride of Christ.

This brought a much-needed humility to my evaluation. This is perhaps the most important step we can take as we pass judgment on others.

Does the Great Commission really need to be rethought? Perhaps better, it needs rediscovery by a new generation. Perhaps it needs new expression in a new culture or era. Yet, the basic command of Christ to make disciples of the nations, the core of the Great Commission, stands the test of time and needs no new paradigm to supplant it. 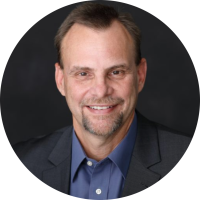 Ted Esler is the President of Missio Nexus, an association of agencies and churches representing over 30,000 Great Commission workers worldwide. Ted worked in the computer industry before becoming a church planter in Sarajevo, Bosnia, during the 1990s. He is the author of Overwhelming Minority, the story of their family’s ministry in Bosnia. In 2000, Ted became the Canadian director of Pioneers and three years later moved to Orlando to join the leadership team of Pioneers USA. In 2015 he was appointed the President of Missio Nexus. Ted has degrees in Computer Science and Speech Communication (Mankato State University, 1985), an MTS in Theology (Heritage Seminary, 2002), and a PhD in Intercultural Studies (Fuller Theological Seminary, 2012).

← To The Unrefreshed LeaderLead from afar →